Recreational hunting in national parks is cruel, serves no conservation purpose and puts visitors at risk of being shot. My recent poll showed 63.2 per cent of residents are against it while support is at a low 22.8 per cent. Show your opposition at the Parliament House rally on Thursday at 12.30pm – details HERE. See also my comments in the recent article HERE.

I share community concern about the Local Government Amendment (Early Intervention) Bill before the House, and intend to oppose the bill, which would allow the Local Government Minister to interfere with council operations or sack councils for “underperformance”, giving party-partisan governments new tools to manipulate democratically elected councils. See my opinion piece HERE. 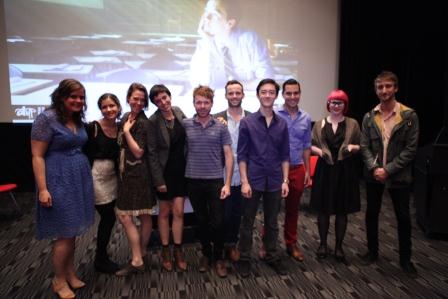 Last week I helped launch the latest writing and film project from the Australian Theatre for Young People which I attended as a youngster. You can watch the films including The Language of Love HERE.

Tonight we find out the Government’s plans for the South East Light Rail and get to ask our questions. The forum is 6.30-8pm at The Great Hall, Sydney Boys High School, and I hope to see you there.

PS. Join me on the Eastside Ride Sunday in Centennial Park for cycling, sustainability and music and raise funds for Eastside community radio. Details available HERE.

Note the Minister for Health’s response to my Question in Parliament about health benefits of cycling, available HERE.

If you would like hard copies of any of the website information referred to in my Update, please call my Electorate Office and we will send this to you.