In Parliament I opposed the Local Government Amendment (Early Intervention) Bill, which gives the State Government sweeping powers to give orders to and sack councils it claims are “underperforming”. With two separate local government reviews under way, I moved to defer debate until their completion but did not get government support. 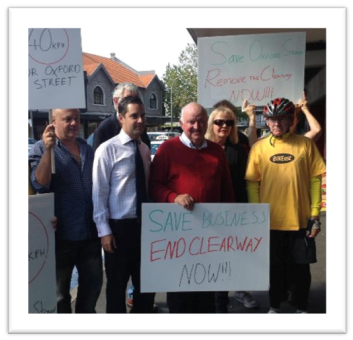 I worked with other MPs to require notice before councils are sacked or given an order, and to remove provisions to make councils accountable to the Minister. The Greens may move my other amendments in the Upper House to stop councils being suspended without the opportunity to comply with a performance improvement order and to add guidelines for new ministerial powers in the regulations.

There is widespread suspicion the bill is part of an agenda to amalgamate councils, particularly the City, which has a long history of boundary being changed to benefit the government of the day. The Independent Local Government Review Panel recommends merging 40 Sydney councils into 15 large councils, including a super City of Sydney covering almost 800,000 people by 2036.

In Parliament, I argued that massive councils can’t appropriately target services like waste and noise to local needs, and residents and ratepayers will have less access to decision makers. I called on the Government to renew its commitment against forced amalgamations ahead of the next election.

The Government’s draft Metropolitan Strategy on exhibition identifies where an extra 1.3 million people and 545,000 new homes are expected in Sydney by 2031. The inner city is identified in the strategy for its global economic, commercial, education, creative, cultural and tourism activities.

You can register to be informed about events at [email protected] and provide comment until 31 May. The strategy is available here

Together with business operators and residents, I have called on the NSW Government to remove the Oxford Street clearway and introduce 40kph speed limits. Sign my petition here  if you would like to support moves to help local businesses and improve pedestrian amenity in Oxford Street. 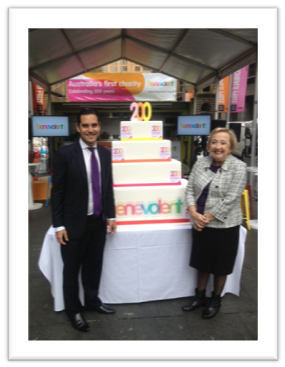 Following reports about aggressive anti-social behaviour in Potts Point, I’ve asked the Minister for Police and Kings Cross Police Commander to increase patrols in Potts Point. It is vital that concerned residents report incidents to Police for action at the time and targeted operations.

After 200 years, the Benevolent Society deserved a big cake. I joined CEO Anne Hollonds to celebrate this achievement, and spoke about this forward-thinking organisation’s work for social justice in Parliament here

Over the past six months, I’ve helped welcome nearly 1,000 people as citizens in ceremonies conducted by the City of Sydney and Woollahra Municipal Council. Their keenness to have full citizenship rights and contribute to our diverse and tolerant community is inspiring, as I reported in Parliament here.

PS. Will you join people across NSW for the annual fundraising morning tea events? You could host a morning tea or attend one already organised or donate www.biggestmorningtea.com.au/