I opposed the Victims Rights and Support Bill because it will significantly cut compensation to seriously injured victims of violent crime. Retrospective clauses mean victims with pending claims will receive substantially less, thanks to a backlog of up to three years. The time limits after an incident for eligible claims will block compensation for many, including those appearing before inquiries on institutionalised child sex abuse. Compensation gives victims with some form of recognition for the wrong done to them, which cannot be underestimated. See my opinion piece HERE. 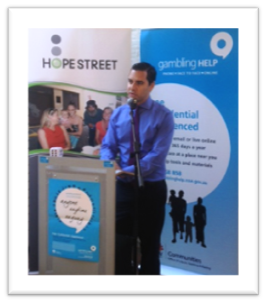 After launching the Responsible Gambling Awareness Week with Hopestreet’s Gambling Project in Woolloomooloo, I gave notice for a motion in the Legislative Assembly commending funding for the Inner City Gambling Counseling Service, those who help people with problem gambling, and calling on the Government to wind back gambling in New South Wales.

The Rights of the Terminally Ill Bill did not pass the NSW Upper House, this time. The bill includes strong protections for the vulnerable, and doctors would not be forced to assist someone to die. I will co-sponsor the bill in the lower House with Greens Jamie Parker and Independent Greg Piper. See my opinion piece HERE.

I defended social housing in Millers Point  on A Current Affair last week, naming the proposed sell-offs as “social cleansing”, as it would remove low income people from the inner city by selling off public housing properties. All areas should have a diverse range of people, and vulnerable people need to live close to transport, health and welfare services. See the program online HERE and sign my petition in support of inner city social housing available to download HERE. 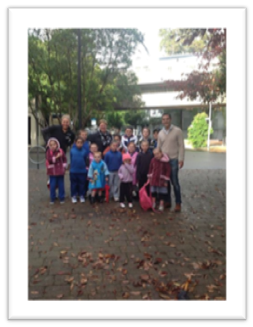 Last Friday, I joined parents, teachers and students from Plunkett Street Public School to Walk to School, followed by breakfast with the YWCA program at the school. Visiting the school, I saw the dedicated Principal and staff and engaged students at this small school.

In response to my question in Parliament, the Education Minister said that the Government will consider increasing the intake of local students at Sydney Boys High School. Details are available HERE.

Over the weekend, I attended the commemoration ceremony for the 1899-1902 Boer War in Hyde Park. The descendants of those who fought continue to remember, and I was honoured to join them.