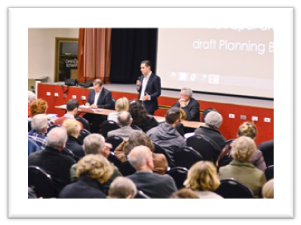 You have nine days left to make a submission (due 28 June) and can do so HERE.

Useful information on making a submission is available from the Environmental Defenders Office HERE, and Lord Mayor Clover Moore has a useful fact sheet on current proposals HERE. 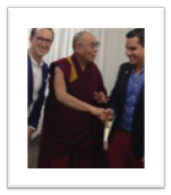 I had a brief meeting the Dalai Lama. He stressed that the world has the ability and science to tackle the challenges of climate change; we now need the political will.

Funding applications open this week for the Community Building Partnership program, closing 31 July. Non-profit community organisations can apply for capital works including building, renovations and equipment that will last more than 15 years. Details: www.communitybuildingpartnership.nsw.gov.au/ or phone 1300 707 155.

I will speak in Parliament this week about Refugee Week. This year’s theme “Restoring Hope” reflects the reality when people flee their homelands hoping to find freedom from persecution, and safety and security for themselves and their families, as my father did when he left Russia as a refugee during the 2nd World War. Details and events are available HERE.

On Sunday, I launched the OUT-Standing Short Story Competition, which receives about 100 creative writing submissions from LGBTQI perspectives each year. This year’s theme is “After the Summer” and I encourage budding writers to take part, information available HERE. 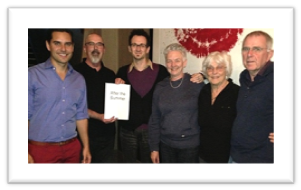 PS. The next City Conversation on Wednesday 26 June is about the future of Sydney live music. It’s free but you have to book HERE.