Congratulations to the City of Sydney for the great plant giveaway last weekend. Instead of composting these former display plants, the council gives them another lease of life at someone’s home. Donations go to the White Ribbon campaign, the national, male-led prevention campaign to end men’s violence against women. Information: HERE

The Melbourne Cup is on today. Don’t forget that gambling is a game of chance, with no such thing as a fool-proof bet and serious impacts where people cannot stop gambling. I have submitted a motion in Parliament, calling on the Government to wind back gambling. If you know anyone with a gambling problem, please make sure they know about the Inner City Gambling Counselling service HERE 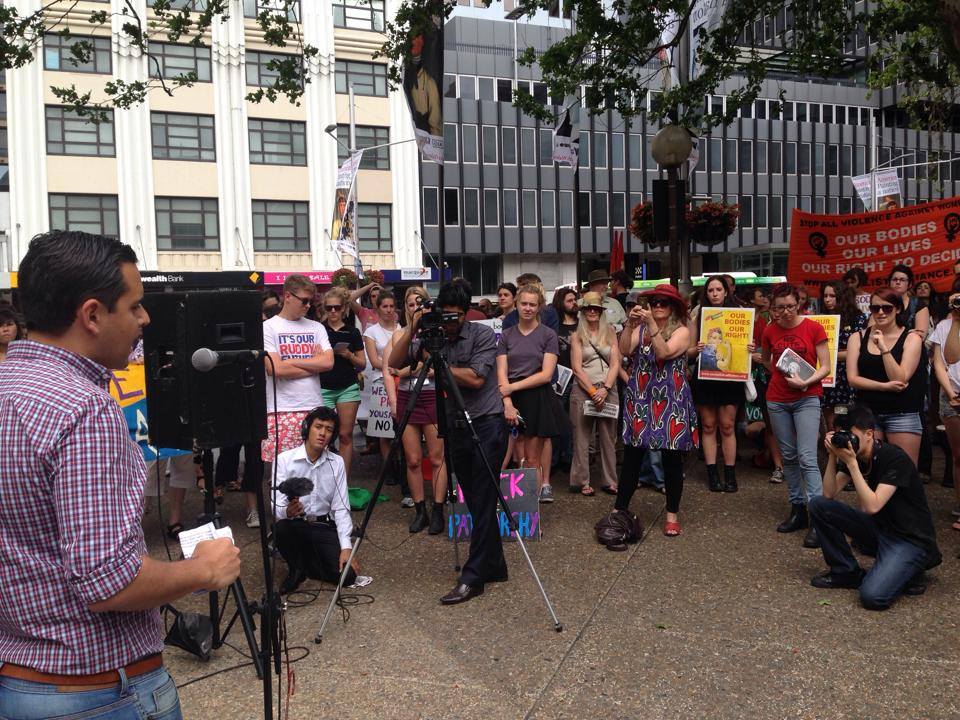 Last weekend, I joined Eva Cox to speak at the rally about the Crimes Amendment (Zoe's Law) Bill (No. 2). I believe many MPs don’t understand the ramifications of the bill, and we urged concerned people to meet with their MP to help them understand impacts on women’s reproductive rights.

Last week in Parliament I discussed the urgent need for strata law reform to make apartments more democratic, to protect amenity and to prevent defects. In response the minister suggested we meet to discuss the way forward, and this weekend announced release of a draft bill soon. My speech: HERE

While I am yet to see the bill, media comments show a number of serious problems will be addressed, including proxy farming, drift smoke and transparent management. Reforms build on work done by my predecessor Clover Moore following her discussion paper and private members bill. I will make a submission and keep you informed on progress.

I opposed the Planning Bills in Parliament. Significant improvements to the drafts were made, but ultimately the bills would speed up development approvals at the expense of proper assessment, give developers avenues to override community and stakeholder agreed plans and include high levels of ministerial and director general discretion. While the minister worked hard to engage the community, the legislation would not create the planning system we need to address population growth while preventing climate change, biodiversity loss and poor amenity. The bills await debate in the upper House. My speech is HERE

Bring your friends and relatives to join the National Day of Climate Action on Sunday 17 November 11am at Prince Alfred Park. Information HERE