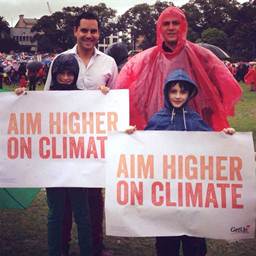 Thanks to the thousands of people who braved the rain in Sydney on Sunday to support action on climate change. Over 60,000 people across Australia participated in their local communities. I was proud to join the public rally calling for action to prevent extreme weather events and long term climate impacts that threaten our future. Sign Getup’s Climate Action petition HERE.

We won’t just have high rollers as promised, but gambling will be available with easy-to-get membership. Despite the claim of no poker machines, multiplayer electronic gaming terminals that can be played by one person will be allowed.

I tried to postpone a vote until February and called a division against the bill, but was only supported by Independent Greg Piper and Greens Jamie Parker. My speech is available HERE and my New Matilda article HERE.

The government has released the Environment Impact Assessment on its CBD and South East Light Rail project, which will impact on the city area, Surry Hills and Moore Park in this electorate. I encourage concerned residents and business operators review the material and provide comment by 16 December. 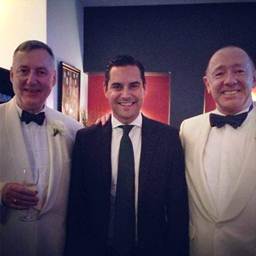 Last week the NSW Upper House narrowly voted down the NSW Same-sex marriage bill 21 to 19. Although we lost this time, we know reform is not far away at either a State or Federal level. This year alone more people in NSW have engaged in parliamentary processes to support this reform than any other. Over the weekend I spoke at the wedding celebrations of Michael and Paul, whose love and commitment for each other inspired me, after a tough week, to never give up and keep on fighting for marriage equality till we win. To stay up to date on the campaign for marriage equality click HERE.

Women are more likely to care for young children or a disabled or frail family member, interrupting careers and reducing promotion opportunities and lifetime earnings. Low labour participation rates also impact on gross domestic product and national output. In Parliament, I asked the Treasurer to use incentives like payroll tax rebates for hiring carers or people returning to work after a break, and called on all levels of government to work with business to increase workplace flexibility and support part- time and casual employees. My speech is HERE and my question HERE.

Paddington Business Partnership is developing ideas to revitalise Oxford Street, with a survey and workshops. Please join me to contribute your ideas and skills: www.activateoxfordst.com.au

I’ve asked the Commonwealth Minister for Trade and Investment to release the proposed Trans-Pacific Partnership Agreement being negotiated for community comment, with concerns about loss of consumer, health and environmental protections through the Investor-State Dispute Settlement. You can sign the CHOICE online petition HERE. My letter is available HERE.