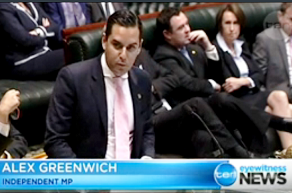 Alarmingly the majority of lower House MPs, including the Premier, voted for the Crimes Amendment (Zoe’s Law) Bill (No. 2) – a tweaked version of a Fred Nile bill – to recognise a foetus as a person that can be the victim of a crime. Women’s reproductive rights are now in the hands of upper House MPs.

Abortion is illegal in NSW unless it is necessary to avoid danger to a woman’s life, or physical or mental health. The NSW Law Society, Bar Association, Australian Medical Association and women’s legal organisations advise that giving the foetus rights separate to its mother puts safe legal abortions at risk. The law already punishes crimes against the foetus as grievous bodily harm against a pregnant woman and  there are severe penalties. My first speech on the bill is available HERE and the second HERE.

My electorate includes the three major late night hot spots of Kings Cross, George Street and Oxford Street Darlinghurst, and we need to move past knee-jerk reactions. In Parliament, I moved to establish a select committee to examine the scale and impacts of alcohol-related violence and anti-social behaviour and evidence on effective measures to prevent alcohol fuelled violence including advertising, taxation, transport, restrictions on sales, licensing conditions, policing and compliance, education programs to address binge drinking culture. My media release is available HERE.

In response to my Anti-Discrimination Amendment (Private Educational Authorities) Bill, the Board of Studies will now investigate complaints of discrimination in private schools and deregister schools that don’t provide a safe inclusive environment for all students. While Labor, Greens and Independent MP Greg Piper support my bill, it needed government support to pass, but the Government indicated it would oppose reform. I withdrew my bill to reserve the right to reintroduce it next year if the board’s process fails. I will work with advocacy groups to help LGBTI students make complaints.

Similarly my proposed amendments to the National Disability Insurance Scheme (NSW Enabling) Bill got the Government to provide strong assurances in Parliament that it will not transfer disability care assets, services or staff to a non-government provider if there are risks of discrimination against clients or staff. My speech is HERE.

While I welcome Government commitments to prevent discrimination, exemptions in anti-discrimination law encourage stigma, vilification and unfair treatment and I will continue to push for their removal.

Arrests without warrants can help police prevent crime and protect the community. However I raised concerns in Parliament that the Law Enforcement (Powers and Responsibilities) Amendment (Arrest without Warrant) Bill could increase arbitrary arrests and remove police oversight. The bill replaces an objective test for lawful arrests without a warrant with a subjective test and allows an arrest without warrant if a suspect doesn’t have ID, putting homeless people and people with a mental illness at risk.

Healthy democracies support people's right to freedom if they have not committed a crime. My speech is HERE. 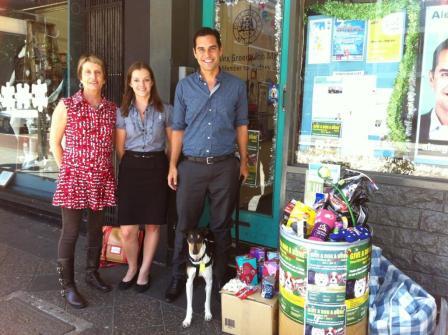 You can make donations of pet food and bedding for cats and dogs to the Give a Dog a Bone appeal. Donations are distributed to pet rescue groups like RSPCA Yagoona and Monika’s Doggy Rescue to help out at the peak time for abandoned pets. Information HERE.