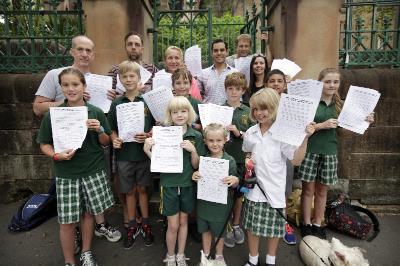 Following our strong community campaign the Education Department has decided to seek funding to build a new Ultimo Public School for 1,000 students on the former Wattle Street Depot site. The Inner Sydney Schools Working Party, established in my first week as an MP unanimously adopted this recommendation. We need to make sure that the Government allocates funds, and plans include childcare.

Congratulations to the school community for their work. The Working Party will now move to look at an inner city public high school, and I’ve asked for the Community for Local Options for Secondary Education (CLOSE) to be included. I updated Parliament on our progress HERE

The Legislative Assembly reconvened on Thursday to consider amendments to the planning bills made in the Legislative Council, but the Government postponed the debate and vote until next year, claiming changes ruined the bills. I support most changes particularly reinstating provisions to encourage new affordable housing but the bills continue to give developers ways to override councils and strategic plans, and the long standing ecological sustainable development principle remains absent from the bills. I will keep you informed of progress when Parliament resumes. 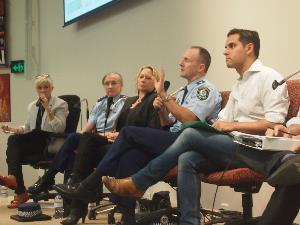 Following the dismissal of charges against one of those arrested at this year’s Mardi Gras parade, the Government should seriously consider the community's call for an independent police oversight body. My question to the Premier is HERE.
I’ve called on the Government to commit to the community's recommendations for policing reform. See the comprehensive report from Mardi Gras, the Gay and Lesbian Rights Lobby, Inner City Legal Centre and ACON HERE

Congratulations to Sydney Girls High School for 130 years of excellence in learning. My commendation on the oldest state girls school in Parliament is HERE

Add your ideas to the Activate Oxford Street project, which is looking for innovative ways to rebuild this high street shopping strip. Comment in the online survey HERE

Charlotte Dawson is ambassador for the REELise Film Festival project, which targets cyberbullying. Submit a short film made on your mobile phone and attend the film festival. Details HERE

PS. Check out my Year in Review video HERE and share with me your thoughts for next year via my survey  HERE