I’m pleased that the Premier has announced that the government intends to act on alcohol-fuelled violence, and I will examine closely the soon-to-be-announced proposals and ask for your comment. I hope that this includes support for my Inquiry into the causes and evidence-based long term measures. 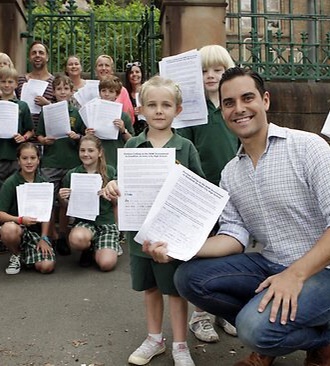 The Minister for Education has responded to my requests about the Inner City Schools Working Party. Ultimo Public School parents will be part of a new Project Control Group dealing with the new school. I have asked the Treasurer to ensure funds are allocated in the next state budget.

The Working Party will now focus on addressing high school needs for the inner city, the Minister has also confirmed with me that parents and community groups will be engaged in this process starting February.
Further Information HERE

My Information (GIPA) request on the Social Impact Assessment report on the future of Millers Point social housing has been refused, despite earlier government commitments that the community could be given an opportunity to comment on the report before any decisions were made. I’ve asked the Minister for Family and Community Services to keep the promise and am appealing the GIPA refusal. My Question in Parliament are HERE.

I encourage you to make a submission or let me know your views for my contribution to the Inquiry into social, public and affordable housing HERE

I was pleased to join Lord Mayor Clover Moore at the launch of Amala Groom’s confronting Cider Series exhibition at Kings Cross Library. Her work exposes racist parts of our history, comprising of 12 paintings of cider bottles as a critique of what Groom terms the Australian 'Colonial Project' and its tactics – including 'Ethnocider' and 'Genocider'. The exhibition runs till 28 February 2014 at the Kings Cross Library.

The federal Department of Communications is calling for community feedback on the Do Not Call Register, where you opt out of receiving telemarketing calls. I support the CHOICE model of an opt-in system where you can choose to get calls. Send comments by 31 Jan to [email protected]. You can sign up at www.donotcall.gov.au

I have made submissions to the Inquiry into false and misleading health-related information or practices on concerns with anti-gay “reparative therapy” and the forced sterilisation and forced medical treatment of intersex people, this follows my meeting with Organisation Intersex International Australia (OII) late last year.
You can read my submissions HERE and further information on the Inquity is HERE.

Please let me know if you would like to join Clover and I marching in the 2014 Sydney Gay and Lesbian Mardi Gras Parade on 1 March. To join click HERE or email [email protected]