Parliament is being recalled on Thursday to vote on the Government’s response to community calls for action on alcohol fuelled violence, yet members have not seen the bills or details of the proposals. My office has repeatedly asked for an advance briefing. Legislation is meant to be tabled five days before debate and this is major legislation with significant effects in my electorate.

While some changes reported are positive, others are reactive and may cause new problems.

There is no evidence that mandatory minimum sentences will stop drunken assaults because offenders don’t think of the consequences. They are likely to lead to unfair sentences, an overcrowded prison system and few guilty pleas. Former Director of Public Prosecutions Nicholas Cowdery explains in the SMH HERE.

Lockouts and 3am last drinks in the inner city may move problems to adjacent areas, including to the casino which is exempt from the new restrictions, as well as Chippendale and Paddington.

Many young people and the LGBTI community say they are being unfairly punished. They point out that they regularly go to well-run venues late at night without causing problems and that it is not the Parliament’s job to tell them when to go home. The changes will impact on major events such as Vivid and Mardi Gras. Proposals should take into account the need to ensure Sydney retains a healthy and vital late night culture.

I’ve been calling for renewable late night liquor licences and support risk-based licensing fees. Better late night transport is welcome, but taxi changeover times clash with the new across the board closing times, which must be changed to prevent conflict on the streets. 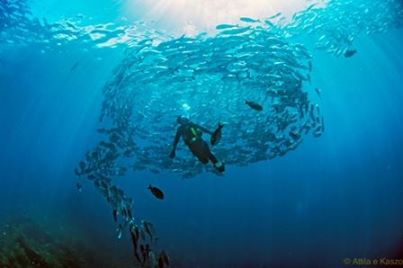 No-take marine sanctuaries have shown to double fish and invertebrate densities, triple biomass, increase mean fish sizes, boost the number of species, quadruple catch per unit results in nearby waters and make marine ecosystems less vulnerable to environmental change. Given the overwhelming scientific support for coastal sanctuary zones I have asked the Minister for the Environment to keep no-take marine sanctuary zones free from fishing. My letter is HERE

No one wants a repeat of the violent Mardi Gras policing incidents we saw last year. The Premier’s response to my Question in Parliament shows the work done since then to improve policing of LGBTI events. See HERE

This is a result of our community’s effectiveness and a strong coordinated response. Congratulations to Inner City Legal Centre, Gay and Lesbian Rights Lobby and Mardi Gras for the Fair Play website www.fair-play.org.au/, which informs Mardi Gras visitors about NSW laws, legal rights and how to get help if there is a problem.

I intend to join Surry Hills Police on Friday night to walk along Oxford Street, as part of their work to rebuild relationships with the LGBTI community and to hear any concerns.

Operational police don’t make the decisions about the police complaints system or drug dog laws. We’ll need to keep working to get these reforms through government.

I’m calling for Seniors Week Local Achievement Awards this year, as one way to recognise the contribution of older people. Please nominate people over 60 who you think are contributing to our community as advocates and making things better by Friday 16 February. Details and nomination form HERE.

PS. Kung Hei Fat Choy! for the Year of the Horse. Join me at the Chinese New Year Twilight Parade on Sunday evening. Details HERE