In Parliament I asked the government to do more to encourage gender equality in the workforce through the Payroll Tax Rebate Scheme (Jobs Action Plan) Amendment (Fresh Start Support) Bill which provides payroll tax rebates for new jobs filled by employees who were retrenched in large scale factory closures. During debate I again asked the Treasurer to extend rebates to employers hiring parents, carers and mature-age workers returning to the workforce – most of whom are women – their low labour force participation rates harm the economy and payroll tax breaks could encourage employers to provide positions with more flexible hours. My speech is HERE. 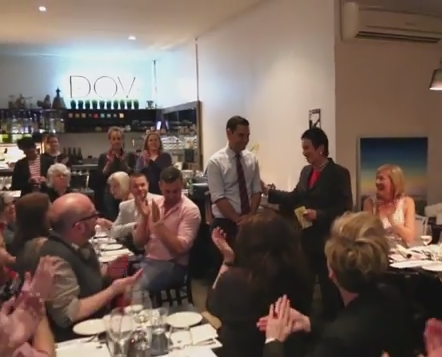 It's  just under a year till the next State Election and you are invited to join my first fundraising dinner to keep Sydney Independent.The major parties have huge election war chests that they can draw on to pay for advertising, staff and all those other election costs, but as an Independent I rely on support from people like you to fund my campaign. You can get your tickets HERE

The NSW Parliament unanimously supported my motion on the City Centre Access Strategy supported the focus on better public transport, pedestrian priority and filling the gaps in the cycling network. In Parliament I commended the government and City of Sydney’s work to develop a plan that will reduce congestion, improve people’s experience of the CBD and allow for growth. You can read my speech HERE. 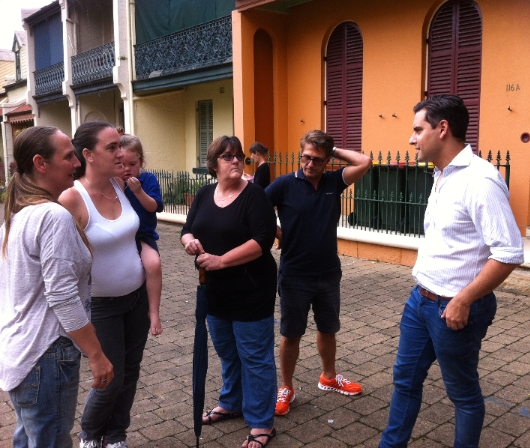 My office has been inundated with calls from distressed social housing tenants worried that they will be evicted following the government’s announcement about Miller's Point. My opinion piece in the Daily Telegraph corrected some of the misinformation that the government is spreading, you can read it HERE.  I met with Woolloomooloo tenants worried that they will be next and have asked for a commitment from the Minister that other tenants’ homes are safe.

I joined the fundraising dinner supporting Paddington resident Paul Seshold’s Life Cycling for the Leukaemia Foundation and the Arrow Bone Marrow Transplant Foundation, and spoke in Parliament about his work. You can follow Paul’s efforts HERE.

PS. The City of Sydney’s Matching Grants are open until 7 April,  details HERE