My oped in the Sydney Morning Herald reports on advice that the law to double the vote of business in City of Sydney elections opens election results to challenge because of the unprecedented and impossible requirement for the non-resident roll to be always accurate – as well as costing $12 million. This is in addition to laws diluting residents’ votes and making election rorts easy!

I am very concerned at shocking media reports that the government will introduce legislation to fast-track council sackings to achieve forced amalgamations. We must ask why the government is so focussed on attacking the stable, corruption free, and democratically elected City of Sydney and its work on climate change and supporting vulnerable communities and the local economy, and taking away representation at the most local level of government.

I’ve asked everyone concerned about this to let the Premier and key crossbenchers the government needs to pass legislation know that you oppose this move: 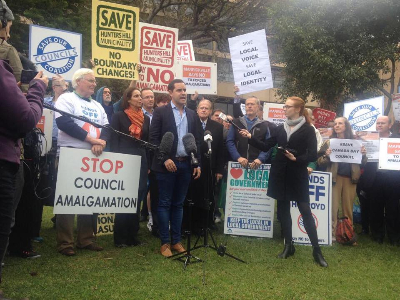