The Election for the Seat of Sydney is this coming Saturday 28  March and you can find your nearest polling booth HERE. You can vote between 8am and 6pm at Sydney Town Hall, St Barnabas Church Broadway and  at Level 1, 309 Pitt Street. You can also vote online via alexgreenwich.com/vote. My how to vote card is HERE to help you vote 1 Alex Greenwich. This update summaries the key policies I am taking to the election and you can read more at alexgreenwich.com. 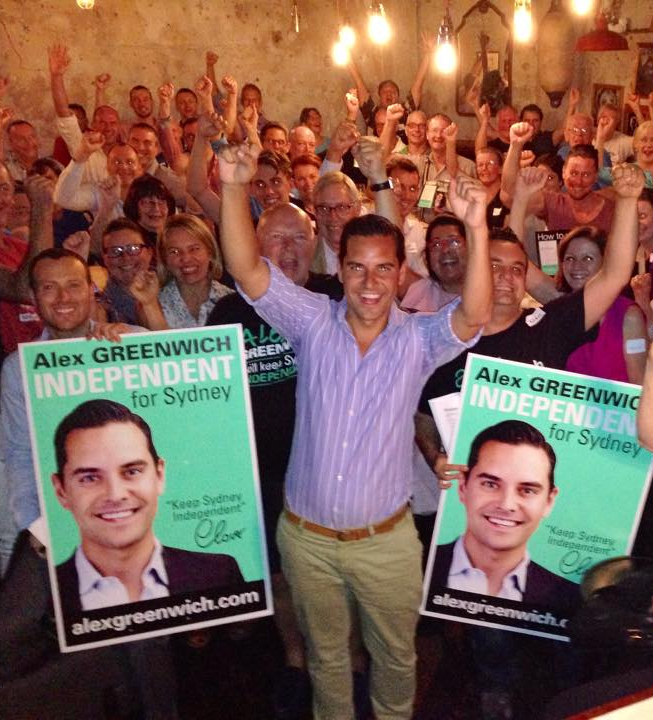 Improving Education: There will be a new primary school in Ultimo/Pyrmont following assessment by the Inner City Schools Working Party, which my advocacy got set up and which has now identified a site for a high school in Surry Hills. I’ll continue to oppose cuts to TAFE and will push for new childcare in major developments. 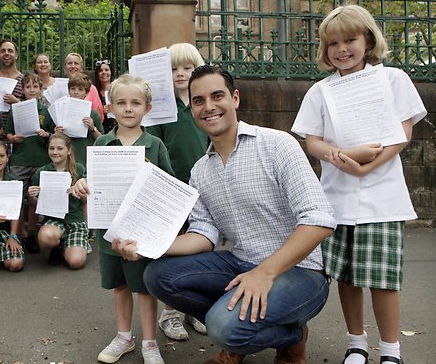 Protecting the Environment: I have argued for State-based renewable energy and greenhouse gas reduction targets, no new coal power, stronger energy efficiency laws and solar panel incentives. I led the campaign for a Sydney Harbour Marine Park and Container Deposits Levy and I support a ban on mining in Sydney’s drinking catchment. Equality for all: Everyone should be treated equally regardless of gender or sexuality. I’ve secured anti-discrimination protections for people with a disability. In the next parliament I will again demand the removal of exemptions that allow schools and colleges to discriminate against LGBTI students. I will continue to fight for marriage equality and have already achieved recognition in NSW for same-sex couples married overseas

I will continue to fight to protect local government and oppose forced amalgamations, which would adversely affect local councils  and impact the services you receive. I will work to repeal the Shooters and Fishers Party legislation that will halve your vote in local elections.

Animal Welfare: In parliament I’ve continued Clover Moore’s advocacy on animal welfare, vital with the Shooters and Fishers Party holding the balance of power. I’ll continue to petition for a ban on cruel factory farming, truth in labelling laws and a ban puppy farming.

I will continue to keep strata reform and social and affordable housing on the government agenda. We need laws that will make apartment living fairer and protect residents from defects and overcrowding. A safe and secure home is a basic human right and I will continue to lobby to protect and improve social housing and oppose the Millers Point community being completely sold off. I support stronger targets for affordable housing in new development sites.

As a former small business owner I know the challenges, costs and the great sense of achievement from running a business. Sydney has a growing digital entrepreneurship sector, which I will continue to promote by encouraging the needed support such as education as well as tax reforms. I’ll also advocate for local businesses adversely affected by bad government decisions and over regulation.