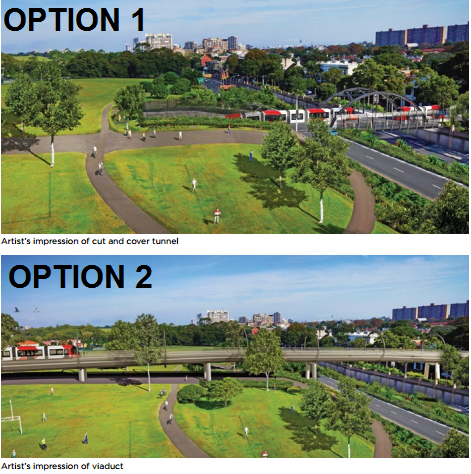 Transport for NSW is running information sessions on the CBD & South East Light Rail project over the next few weeks starting from today. I encourage you to participate in the sessions which are all listed HERE. Of particular concern to me is the option of a viaduct bridge over Moore Park that would encroach on parklands (option 2), as compared to the option of a cut and cover tunnel (option 1).

My Anti-Discrimination Amendment (Private Education Authorities) Bill would remove the ability for private schools, colleges and institutions to lawfully expel, refuse enrolment, provide fewer opportunities to, or unfairly treat students because they are pregnant, a single parent, married, too old, homosexual or transgender. Discrimination affects self-worth and confidence and legitimises vilification and harassment. Private and public education institutions should be subject to the same anti-discrimination laws. My discussion paper is open for public consultation and I encourage people, especially those affected by discrimination, to make submission. See HERE

Join at Darlinghurst Public School’s Darlo Bizarro fundraiser this Saturday 7 September. Further Information is available HERE. This Saturday is also the Federal Election, and Darlingurst Public is a polling place for the seat of Wentworth.

In Parliament, I supported a motion to retain a naval presence at Garden Island. Many of the around 4,000 employees live locally, use local schools and shops, and contribute to their neighbourhood. During debate I supported relocation of some industrial activities inconsistent with the densely populated area and for public access to the northern tip, ferry links to Circular Quay and cruise ship berths. My speech is HERE

Last week in Parliament, I spoke in support of the vital role TAFE plays in post-school education, with proposed reforms threatening access and undermining 140 years building up expertise in adult learning. My speech is HERE.